Riverside, Calif. — Animal Wellness Action and the Center for a Humane Economy filed a lawsuit today against Soccer Wearhouse, a California-based sportwear and equipment retailer that maintains outlets in Corona, Temecula and Anaheim, alleging that the company is illegally selling kangaroo-sourced soccer cleats to consumers.

The state’s Penal Code Section 653o prohibits the sale of the body parts of a number of animals, including kangaroo. Despite this plain-language statewide prohibition, a number of retailers, including Soccer Wearhouse, continue to offer soccer cleats in their stores and online made from the skins of kangaroos from companies such as Puma, Nike, and Adidas.

“For years now Soccer Wearhouse and many other California retailers have been openly flouting the law, putting kangaroo-based cleats on open display in their shops and even bragging that they know it is unlawful while greedily ringing up sales,” said Kate Schultz, senior attorney for the Center for a Humane Economy.

“We’ve provided unmistakable evidence of illegal sales of kangaroo-based products to law enforcement officials, but thus far, there’s been little or no action to enforce our anti-wildlife trafficking laws,” she said. “We’re taking the alleged violators to court ourselves.”

The kangaroo industry in Australia engages in the largest commercial slaughter of land-based wild animals in the world. Each year, around two million wild kangaroos are cruelly gunned down in their native habitat to feed the lucrative kangaroo parts industry. Kangaroo-based cleats make up an estimated 70 percent of that demand. 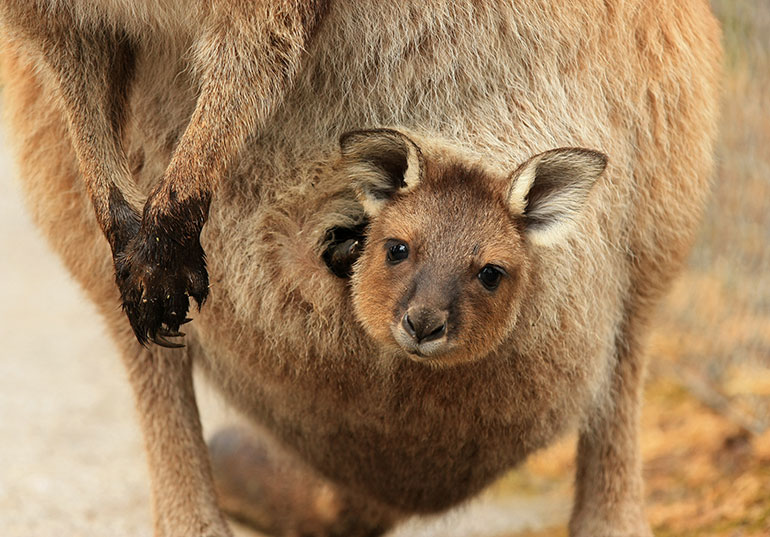 As horrific as the shooting of millions of adult kangaroos is, the abuse visited on hundreds of thousands of baby kangaroos – joeys – each year is even more attention-getting. These defenseless young animals are yanked from the pouches and killed by blunt force trauma to the head, after their mothers have been shot, often with a violent swing against the side of a car or other solid surface. Australia’s killing code stipulates that it is okay for the babies to linger in pain for a full three minutes before death ends their suffering.

“Synthetic soccer cleats are readily available and easily rival or outperform those made from the skins of kangaroos,” said Wayne Pacelle, founder and president of Animal Wellness Action and the Center for a Humane Economy.

“In fact, 10 years ago Nike promised to do away with its kangaroo-sourced products, but it has failed to honor that explicit pledge,” he said. “A decade later, after the fires that left billions of Australian animals dead two years ago, there is no need for these companies to continue to promote the killing of these iconic wild animals in their native habitats.”

The Center and Animal Wellness Action have invested tremendous resources and effort into ending the trade in kangaroo body parts, including:

Over the past several months, the organizations and their grassroots allies have launched protests outside several Nike flagship stores across the country, including in New York, Portland and Los Angeles, as well as overseas in Australia.

“California is one of the most lucrative markets in the United States for the soccer industry with well over 300,000 kids enrolled in youth leagues,” said Natasha Dolezal, Deputy Director of Campaigns for the Center.

“We intend to shut down the illegal sales of these products throughout the state and continue to fight to ensure that the days of kangaroo leather cleats are ended,” she said. “This case is just the first in several we intend to bring if retailers in the state don’t heed our warning and continue to break the law.”

The Center and Animal Wellness Action are represented in the case by in-house counsel and Jessica Blome of Greenfire Law, PC, in Berkeley, Calif.