Los Angeles, CA — Niky’s Sports, California’s largest soccer goods retailer, has stopped selling kangaroo skin soccer shoes (or “cleats”) through its eight stores, adhering to a state law banning commerce in kangaroo body parts after long being out of compliance, according to the Center for a Humane Economy.

Niky’s Sports’ policy change came after a warning letter from the California Department of Fish and Wildlife, a visit by police detectives, inquiries from state elected officials and ongoing, in-person monitoring by Center volunteers.

With Niky’s coming into compliance, Xtreme Soccer is now the most egregious violator of this law, the Center believes. David Mora, who owns the retail chain with stores in Anaheim, Bakersfield, Hawaiian Gardens, Oxnard, Santa Barbara and Torrance, admitted in writing to the Center’s investigators that his stores are illegally selling kangaroo skin soccer shoes and did not agree to halt sales. As late as Friday, February 19, Xtreme Soccer was selling a number of models of the illegal shoes. His salesperson even acknowledged to our undercover customer that they are illegal.

Pro Soccer of Pasadena, which previously offered customers one of the largest single store inventories of illegal soccer cleats in the state, recently halted all sales of kangaroo skin shoes, according to Pro Soccer President Tony Tatikian.

A Center investigation in 2020 found widespread violations of California’s ban on the commerce of kangaroo-derived products, given the lack of enforcement of California Penal Code § 653o. Officials from California Fish and Wildlife and other agencies are now taking action to increase compliance.

“We documented more than 100 stores in California illegally selling kangaroo skin soccer shoes or cleats,” said Wayne Pacelle, president of the Center for a Humane Economy, “and we believe that number has been cut in half since we launched our effort to see that the law is obeyed. We will continue to apply pressure until the trade in kangaroo parts stops at all retail outlets.”  The ban applies to on-line as well as brick-and-mortar sales.

Dick’s Sporting Goods, headquartered in Pennsylvania but with outlets throughout California, promptly stopped selling kangaroo leather when approached by the Center, citing coding errors with vendors’ software, and has rededicated itself to following the law. Nike.com and adidas.com have also said they will start following the law, after the Center’s investigation revealed their regular sales of kangaroo-based shoes into the state.

If Niky’s decision is replicated by other retailers, the impact could be felt on the other side of the planet where two million wild kangaroos are slaughtered each year in Australia largely for soccer shoes. California’s market is one of the largest in the world — and about 15 percent of the U.S. market for kangaroo products. Closing it off to shoe manufacturers applies pressure on the retailers to halt their involvements in the largest commercial wildlife slaughter in the world — far larger and bloodier than the infamous seal hunts in Atlantic Canada.

California’s groundbreaking law, which was a precursor to the U. S. Endangered Species Act, also protects many other species such as polar bears, dolphin, tigers and sea turtles.

Two Hollywood filmmakers made a short film released by the Center earlier this month revealing the true source of some Nike soccer shoes. The video went viral after numerous celebrities, including Ricky Gervais and Woody Harrelson, posted it on social media. View it here.

The Center recognizes Soccer Loco, with locations in San Diego, Carlsbad and San Ysidro, as a prime example of a retailer choosing to follow the law from the beginning even as competitors chose to violate the law.

“We are using the power of the California marketplace to push Nike and others to recognize that the era of making shoes by killing kangaroos in their native habitats must end,” said Pacelle. 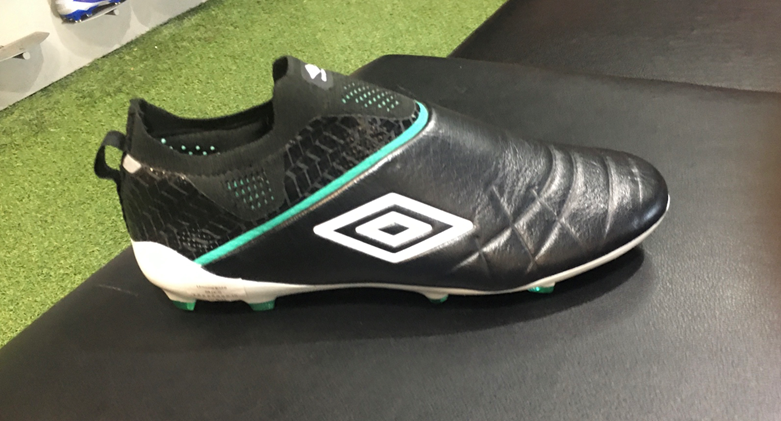 EVIDENCE: This photo taken February 19, 2021 at the Xtreme Soccer store in Hawaiian Gardens, CA shows one of several models of illegal kangaroo skin shoes currently being sold by Xtreme Soccer, now California’s most egregious violator of California’s law banning all commerce in kangaroo body parts. This Umbro Medusae III Elite sells for $224.95 and, according to other store owners, is among the illegal models that turns large profits for law breakers.